„Stony Sugarskull are, on the evidence of this record, a force to be reckoned with. […] Her Mazzy-starish vocals switching between English and German as smoothly as her music transcends genres. Shot through with a distinctly Berlin ennui […] Lioness is a trip from start to finish.“ (Classic Rock Magazine)

Stony Sugarskull will be accompanied by her guitarist, Franz Bargmann, one of the most young promising kosmische guitarists in Germany. He´s well-known for his spontanous Krautrock-Guerilla-concerts with Camera from the early beginning. He contributed guitar on the occult duo OAKE „Auferstehung“ and has been touring with seminal krautrocker Michael Rother (Neu! / Harmonia / Kraftwerk) and Hans Lampe (La Düsseldorf) since 2014. He collaborated with musicians such as Dieter Moebius, Thorsten Quaeschning, Lutz „Lüül“ Graf-Ulbrich, Colin Newman, Thurston Moore,… 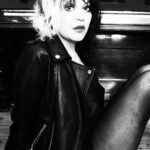 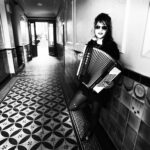 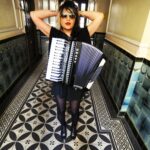