Mr.Punch pay tribute to Fish Era of Marillion, complete with make up and theatrics in classic Fish style, genuine 80s rock. The band was born from a love of the

Mr.Punch pay tribute to Fish Era of Marillion, complete with make up and theatrics in classic Fish style, genuine 80s rock. The band was born from a love of the band’s early material, recreating the complex, intricate sounds of early Marillion As part of 2 hours Fish Era set list, we wil play all the Clutching at Straws and a broad selection of tracks from the first four Marillion albums, from the big hit singles such as Cinderella Search, Script for a Jester’s Tears, and b-sides…and of course a very special homage to the 35th of Misplaced Childhood Mr.Punch honour a much-heralded era of music, which is still today so warmly welcomed by prog-rock fans young and old, and will take you on a journey, back to a time of the Jester.

Mr.Punch emerges from a combination of musicians from various Italian prog bands, first and foremost Milan masters, The Watch. Covering what is probably the most beloved period of the Fish era Marillion; The Fugazi Tour. The rhythm section comprises Guglielmo Mariotti who played bass and 12 string guitar with The Watch during the “Plays Genesis” period and drummer Roberto Leoni, who played on the band’s first three studio albums (Ghost, Vacuum and Primitive).

Joining these we have the wonderful voice of Marco Vincini, Marcella Arganese (Ubi Maior) on guitar and Daniele Fuligni (La Fabbrica dell’Assoluto, Kaledon) The show is a faithful rendition of the Fish Era, complete with Make up and theatrics in classic Fish style.

Moreover the collaboration with Mr.Punch and “The Company” (Fish official fanclub) let you relieve on the stage (over and uder) the excitement of the concerts of one of the most interesting bands of prog rock music scene. 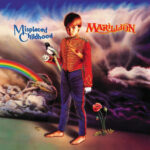 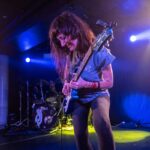 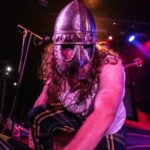